The concept of “functional ingredient” in human nutrition first appeared in Japan in the 80s and subsequently developed on other continents even with similar definitions such as “nutraceutical ingredients”.

In 2001, after a project of the International Life Sciences Institute that lasted 3 years and counted the participation of 100 experts, a European consensus was finally reached on the definition of the term, applied to human nutrition: “an ingredient can be considered functional when it positively affects one or more physiological functions, in a significant way for an improvement in the state of health and well-being. (ILSI Europe Concise Monograph, 2002)”.

And this is exactly the role that we can now attribute to liquid feed in the nutrition of ruminants, which thanks to the increase in the digestibility of fiber, the increase in energy absorption capacity, the contribution to a more stable rumen pH and the modulation of microbiology at the rumen level, represent an ingredient whose value goes beyond nutritional declarations.

According to the researchers, the main reasons why liquid sugar-based feeds help to achieve a more stable rumen pH are as follows:

They favour the development of bacterial populations capable of reducing lactic acid in the rumen.

Lactic acid is a very strong AGV, which unlike the other more representative volatile fatty acids (acetic, butyric and propionic) has a lower pKa (pKa is the negative base 10 logarithm of the acid dissociation constant (Ka) of a solution) (3.9 vs. 4.7).

This means that at the same amount, lactic acid releases ten times more H+ ions into the fluid than other AGVs, with obvious effects on pH. Lactic acid begins to be produced in situations where there is an excess of degraded starch and its accumulation leads to the conclamation of sub-acute acidosis (SARA) and, subsequently, with increasing quantities, it can evolve into acute acidosis.

Many years ago Counotte et al. (1 981); Scheifinger et al. (1975); Marounek et al. (1989), have shown that the availability of simple sugars in the rumen stimulates the growth of Megasphera elsedenii and Selenomonas ruminantium, bacterial populations specialized in the reduction of lactic acid, thus acting as ruminal pH stabilizers.

They stimulate greater absorption of AGVs through the bicarbonate dependent system.

We know that between 50% and 85% of AGVs are absorbed through the rumen-reticular wall and only 15-50% pass into the distal parts of the digestive system and it is the rumen epithelium itself that plays an important role in decreasing the concentration of AGV and removing ions from the rumen (Penner et al. 2009). Considering that most AGVs will be found in a dissociated form in the rumen, the system that most interferes in buffering AGVs is the bicarbonate-dependent one (Aschenbach et al. 2011).

In this context, in 2015, Chibisa and collaborators highlighted how diets with added sugars are able to modulate this pathway of agv absorption. The authors hypothesize that the greater absorption of AGVs via the bicarbonate dependent system may result from the fact that sugars stimulate the activity or quantity of transport proteins involved in the process. (Bilk et al. 2005) 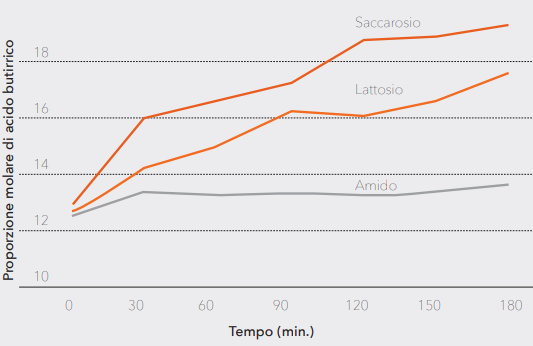 The importance of increasing butyric acid on the control of rumen pH is due to the fact that it represents a factor in the growth and development of the membranes of the rumen mucosa, thus helping to more effectively absorb AGVs through the membranes themselves.

In addition, butyric acid is the least acidogenic among AGVs because its production is accompanied by the release of only one hydrogen atom, as opposed to the two atoms produced by acetic and propionic. (FIGURE  2). 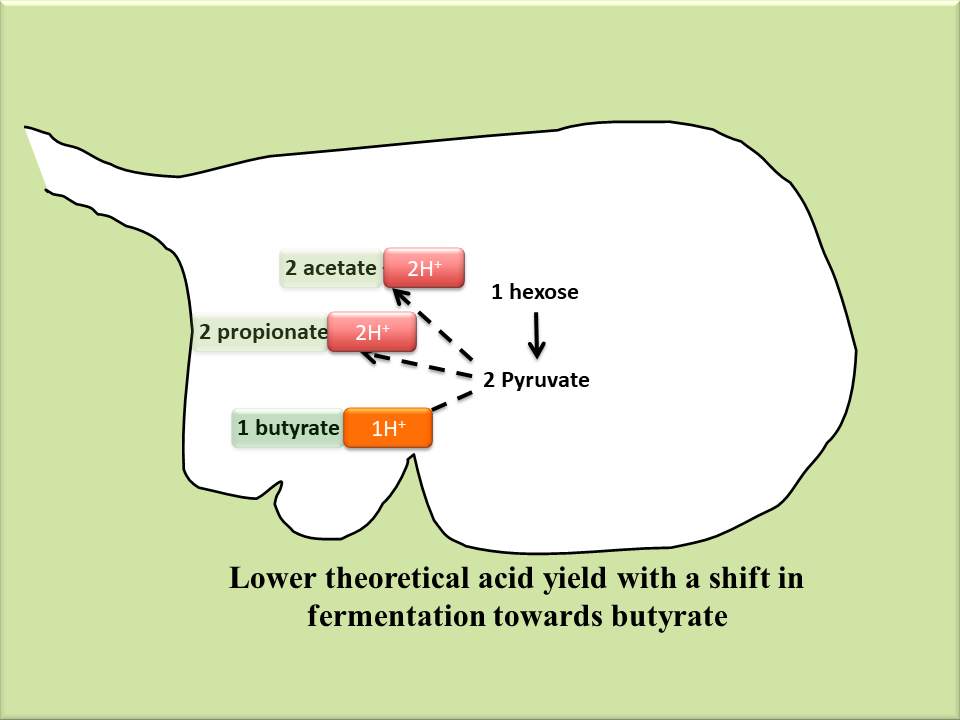 Figure 2.  Release of hydrogen atoms as a result of the production of different AGVs. Adapted by Penner. Original by Allen, 2016.

In addition, due to the longer length of its molecular chain, butyric has a faster absorption rate than acetic and propionic (Leek, 1993). All three factors help explain how sugars help control rumen pH when compared to starches.

They reduce the sorting of the unifeed.
The rumen pH is strongly influenced by the feeding behavior of cows, which tend by their nature to consume the ration selectively, choosing the most attractive components first and thus reducing the nutritional value of the ration present in the manger throughout the day. This results in a greater ingestion of concentrates in the hours following discharge and a greater ingestion of fodder in the hours furthest from discharge, creating imbalances on the rumen pH, which in turn negatively affect the quality of the milk. Sorting behavior may induce a reduction in ingestion of the total amount of NDF (Maulfair et al., 2010).

Excessive selection of concentrates can lead to the consumption of an unbalanced diet that can be detrimental not only to milk yield, but also to the health of the animal (DeVries and von Keyserlingk, 2009). In fact, excessive consumption of concentrates at the expense of forage represents a high risk of occurrence of subacute rumen acidosis – SARA (DeVries et al., 2008). The ability of liquid feed to reduce the sorting of the mixture has been reported by various studies (DeVries &Gill, 2012, Gordon &DeVries, 2016).

Particularly in silage-rich rations, liquid feed is a viable alternative to the addition of water, which tends to increase the risk of sorting and abnormal fermentation in the unifeed (Miller-Cushon and DeVries, 2009). By promoting a homogeneous consumption of the mixture throughout the day, liquid feeds help to regulate rumen fermentations and stabilize the rumen pH (Havekes et al., 2020).

The use of liquid feed as an alternative energy source is now widespread in modern companies. However, their benefits on rumen pH are less recognized, and can also be a source of passionate discussions among bovine nutrition experts. This article reports only a part of the numerous studies and results produced on the subject by international researchers in recent decades, results that converge to clearly indicate a positive effect of liquid feeds composed of diversified sugars on the pH, and more generally on the rumen welfare of cattle.