Skip to content
Previous Next
A return to the origins

The image of cows grazing in vast, verdant meadows is a widespread dream among consumers.

Beyond this dream, it is important to keep in mind the fact that fresh forages have represented the natural feedstuff for dairy cows since the origins of farming. 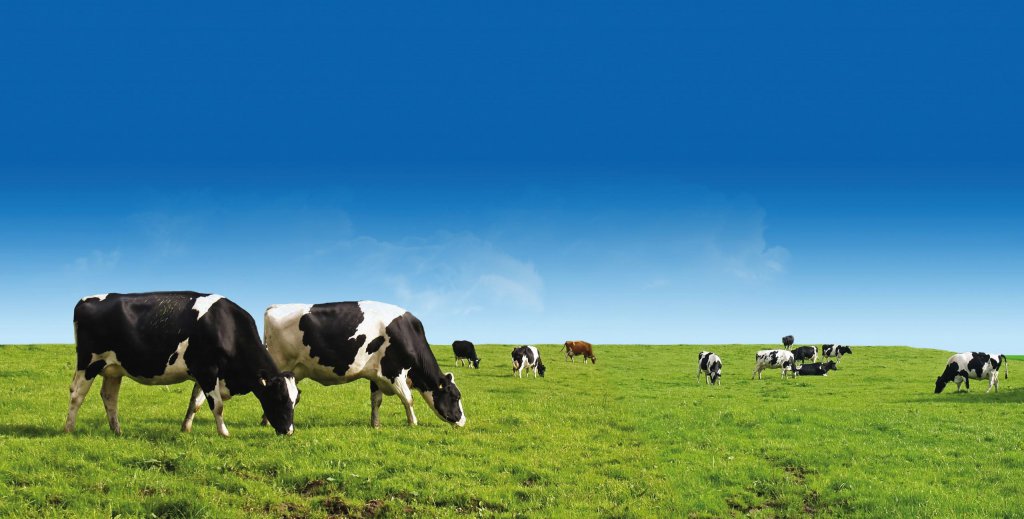 Nowadays, a feeding system based exclusively on fresh forages would not be viable anymore, as it couldn’t sustain the production levels allowed by modern dairy cows’ genetics, and in addition, the arable land scarcity and weather conditions would limit the availability of feedstuff to only brief periods.

To ensure a constant supply of forages throughout the year, farmers implement various methods of haymaking and ensiling, but at what cost, compared to the quality of fresh forages?

The green grass is characterized by: 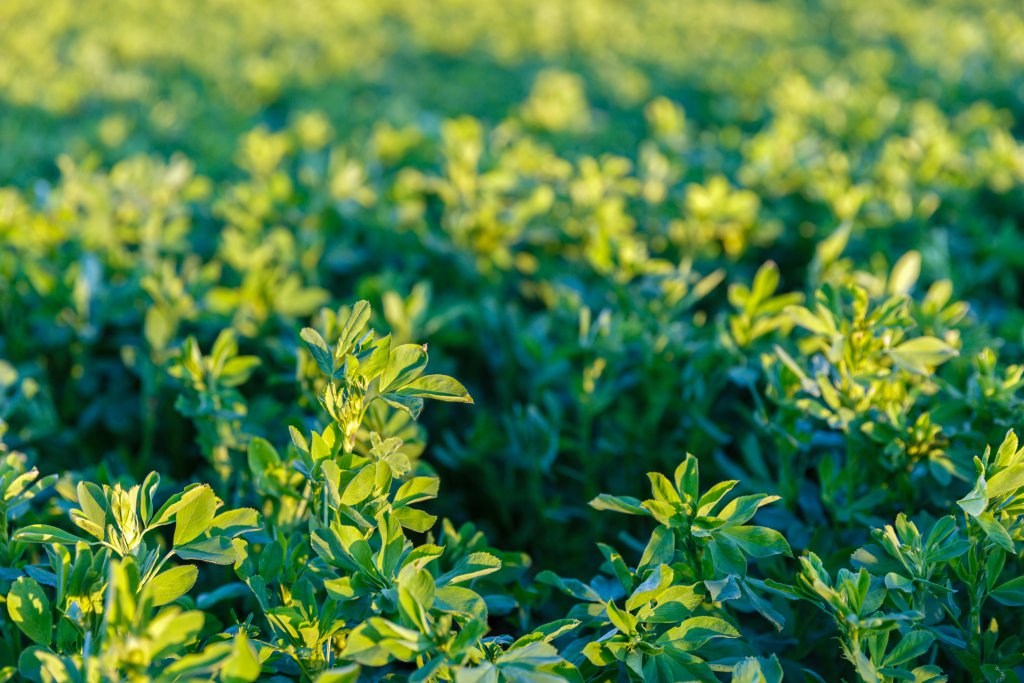 Such characteristics are partially lost with the ensiling and haymaking processes, which result in a loss of water in order to ensure a lasting stability of the product, and at the same time induce changes in the chemical composition, loss of volatile components among which organic acids and alterations in the structure and in the carbohydrates content.

As shown in the table, sugars are lost during the hay and ensiling processes. In addition, various publications highlight that there is a change also in the types of sugars affected. During the haymaking process, fructose content decreases, while sucrose content tends to decrease in the first step and then increases in the last step of the drying (Melvin e Simpson 1963).

Sullivan and collaborators (1973), also found that alfalfa hay mainly loses glucose and fructose, and in a minor proportion, sucrose.

Another major problem deriving from the conservation of fodders is the reduction in the efficiency of protein utilization. This can be largely attributed to an altered ruminal microbial metabolism function, influenced by an imbalance in carbohydrates and proteins supply (Carlier, et al. 2009). In fact as can be observed in the table 2, the soluble protein content can vary a lot depending on the forages processing. 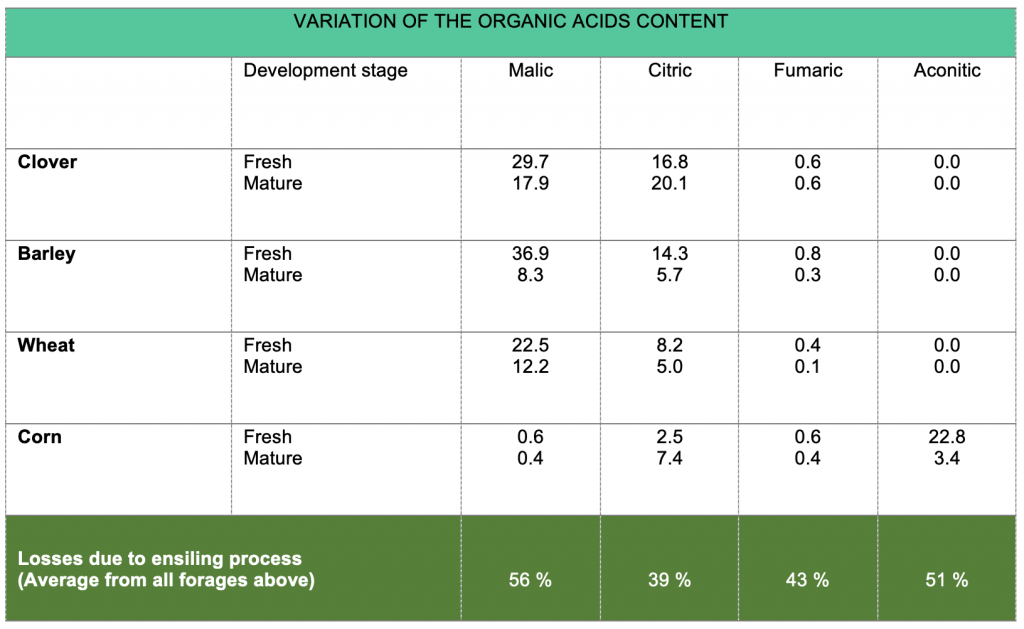 Also, the ADF content, representing the less digestible fiber, is usually increasing with hay and ensiling processes. Besides that, the palatability of modern diets is commonly lower than desired, which can be explained partially by low moisture, low sugar or low palatable organic acids content.

THE FUTURE: THE SCIENCE OF LIQUID FEEDS

All these reasons have spurred us over the years to develop increasingly high-performance liquid feed, with the aim of bringing all the natural benefits of green grass back into the stable.

Let’s see how they can achieve this goal.

Liquid feeds are studied to optimize the ration in the following ways:

Sugar Plus liquid feeds are blends of various sugar types, supplemented with organic acids and possibly with glycerol, soluble protein and trace elements according to the herds needs.

The idea of creating blends, rather than working with raw materials, is to ensure ingredients interaction magnification. Indeed, from the research conducted in the University of Bologna, 2018, Palmonari and collaborators have found that the Sugar Plus liquid feed “Milker” had almost 10% more impact on fiber digestibility than pure molasses sources.

Moreover, while doing the Sugar Plus liquid feeds we are also improving product consistency which is fundamental to achieve precision nutrition and indispensable to optimize the breeder’s income and support the nutritionist’s work.

As a matter of fact, the different molasses sources and origins employed inside the blends, are very variable in terms of sugar content (see Table n.7) and type. In particular, regards to the sugar component, it has been noted that sucrose is the most representative sugar within cane and beet molasses. In cane molasses it can be found in percentages ranging from 30 to 51%, while in beet molasses it is present in quantities ranging from 31 to 50.7%. Glucose and fructose are scarcely present in beet molasses (0.20%), while in cane molasses we find average values of 6.21% for fructose and 4.15%. for glucose. In addition to these sugars, galactose, raffinose, arabinose and xylose have also been found, present in smaller quantities (Palmonari et al. 2020 In press). The reasons for these differences in sugar types and content are connected to the extraction process applied or the origin of the molasses.

Traditionally, the use of liquid feed was associated exclusively with the benefits of sugars supply, but SugarPlus is already one step ahead! Peculiarly, it is important to consider also the supply of organic acids and the benefits they can be bring to the cows.

Great part of the organic acids in the liquid feeds are naturally present in the raw materials that compose the liquid feed.  Accordingly to a study done in University of Bologna, sponsored by ED&F MAN, the sum of organic acids in molasses can range from 2 to 14% as fed. Lactic acid can be found in variable percentages between 1.23% and 9.77%, aconitic acid is present at 1.1%, glycolic acid at 0.20% and traces of acetic, butyric, propionic, citric, malic, formic and oxaloacetic acids can also be found.

Their first functionality is to be excellent preservatives, able to guarantee product safety over time, but as Castillo et al. 2004 highlight when used at optimal levels they can bring positive effects on the health and performance of the animals.

Citric acid can be compared to glucose in terms of energy (Kirchgesser and Roth 1998), while propionic acid has 5 times the energy level of wheat (Diebold and Eidelsburger 2006).

Malic acid (main organic acid found in alfalfa) represents an important metabolite for the rumen microflora as it improves the use of lactic acid by Selenomonas ruminantium (Evans and Martin 1997) and Megasphaera elsdenii (Rossi and Piva 1999); increases the total production of VFA, and especially if associated with a sugar such as cellulobiose (Callaway and Martin 1997), decreases the acetate:propionate ratio and consequently reduces methanogenesis.

In fact, malic, fumaric and aspartic acids have shown in several studies to decrease methanogenesis by subtracting H2 during their conversion to propionic acid (Newbold and Rode 2006); (Moss eand Newbold 2002); (Wallace 2007). The removal of H2 stimulates the proliferation of cellulosolytic bacteria and thus fiber digestion (Newbold, et al. 2005).

In various studies, a higher supplementation with organic acids led to higher dry matter intake (up to 1 kg/head/day, see Table 9) which yielded positive effects on the milk production, both in terms of quantity and quality (Gheller, et al. 2020); (Wing, et al. 1988); (Castillo, et al. 2004); (Bampidis and Robinson 2006); (Ali, et al. 2013). Such results were obtained thanks to a greater ruminal microbial efficiency which led to a greater production of microbial protein and minimized the production of methane at ruminal level. (Newbold, et al. 2005); (Sniffen, et al. 2006); (Khampa and Wanapat 2007). The works of Ali et al., 2013 also demonstrated an important reduction of somatic cells.

Another contribution of bringing back the characteristics of green grass in the feedbunk using liquid feeds is due to the fact that both green pasture and liquid feeds diets are able to stimulate similar microbial populations and VFA production.

In both cases there is an increase in Butyrivibrio fibrisolvens and Megasphaera elsdenii, while the bacteria of the Prevotellae and Metanobrevibacter family tend to decrease. (Mohammed, et al. 2014); (Palmonari et al. 2020, In press).

As regards the production of VFA, fresh grass-based diet promotes the production of butyric acid to the detriment of acetic acid and also shows a decrease in lactate in the rumen. The same phenomenon was highlighted in the study conducted at the University of Bologna with the use of liquid feed (Graphic 1). 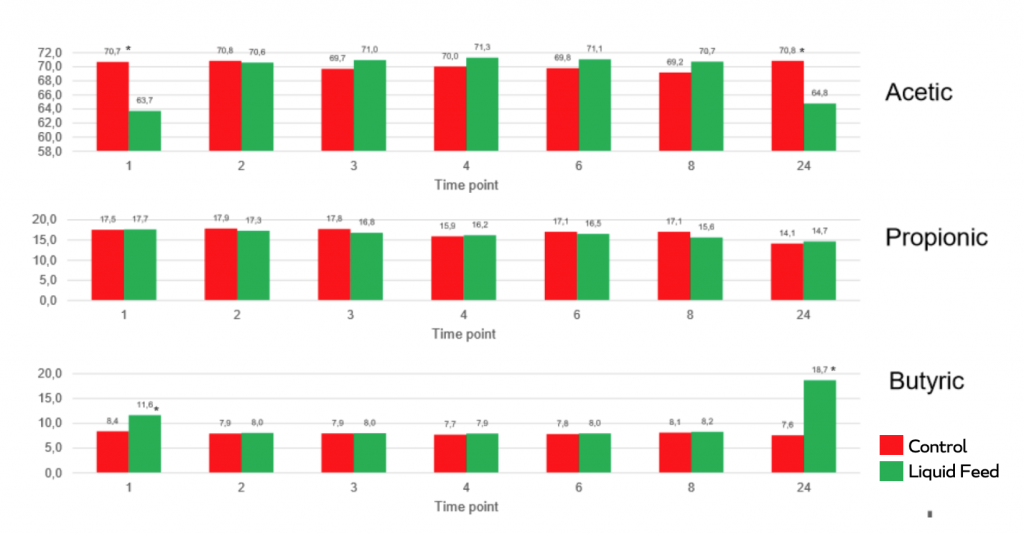 We can therefore conclude by saying that the use of Sugar Plus liquid feeds restores the benefits and peculiarities of green grass into the stable, bringing back many nutrients and characteristics that ruminants naturally need since the dawn of times: sugars, organic acids, soluble protein, palatability, consistency and fiber digestibility.